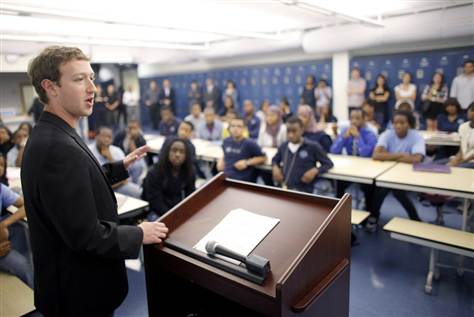 Mark Zuckerberg made a donation of $5 million to a college fund for undocumented immigrants. The Facebook CEO and his wife, Priscilla Chan, gave the money to the “I’m In” campaign launched by TheDream.us, a national scholarship fund for undocumented immigrants. The fund targets students who came to the U.S. as children and received Deferred Action for Childhood Arrival status, an immigration policy started by President Obama that gives them exemption from deportation and allows them to work. Zuckerberg wrote on his Facebook page that he sees the fund’s efforts […]