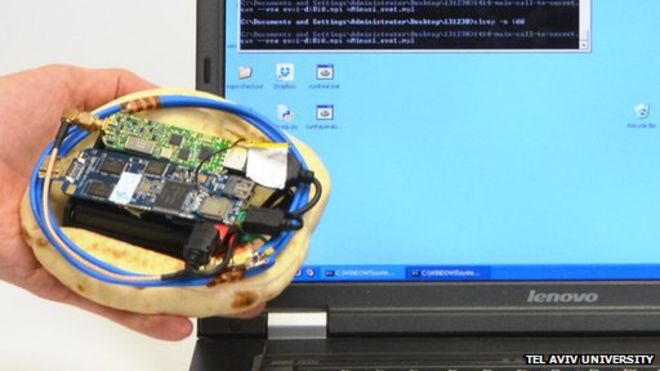 Secret encryption keys can be stolen using a cheap gadget so small it could be concealed inside some pitta bread. Israeli security researchers have demonstrated how to capture radio emissions given off by laptops that inadvertently leak data about the keys. Before now, grabbing the radio signals was thought to require expensive, bulky equipment. But the four-strong team managed it with cheap components small enough to conceal inside a piece of pocket bread. ‘Not impressed’ The attack, developed by Daniel Genkin and colleagues from Tel Aviv University, monitors the radio […]